We are currently in pre-production for Nobody’s Boy, a large, full-scale original musical with a cast of 30 actors. Nobody’s Boy, which is scheduled to be produced in the near future, will feature live gypsy music, dance and circus performances. 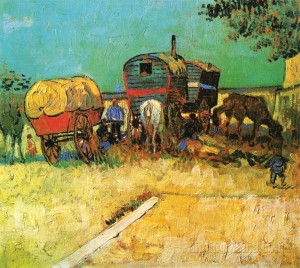 Nobody’s Boy is a moving, original musical set in the passionate and magical world of a Gypsy circus family traveling through France in 1889.  Nobody’s Boy was inspired by the classic, French novel Sans Famille by Hector Malot. The novel was an immediate bestseller when it was published in 1878 and also received the Prize of Honor from the Academie Francaise.

The play, which includes song, dance and circus arts, tells the story of Zaphira, a kind-hearted, but down-on-her-luck Gypsy minstrel. After estrangement from her circus family for marrying outside the Gypsy culture and the death of her husband, Zaphira struggles to support herself by entertaining in small villages with three trained dogs and a monkey.

In one of the French villages she encounters Remi, an orphan boy beaten by his master for running away. Touched by the boy’s plight, she trades her husband’s pocket watch — her last valuable possession — for the boy.

Despite his resistance, Zaphira teaches Remi the trade of a traveling minstrel. He becomes part of the troupe and together they endure many hardships. Eventually, Remi becomes the catalyst that reunites Zaphira with her family — and Remi finds home and family among the passionate and talented circus performers.

The play, written by Kauai-resident Nadya Wynd, differs from the novel in that it reverses the negative stereotypes of Gypsies as child thieves. Instead of stealing a child, Zaphira rescues the enslaved Remi, who discovers for the first time, what it means to be loved and wanted.

Nobody’s Boy offers timely messages about the value of home and family, forgiveness and reconciliation and appreciating differences in culture, religion and language. The result is an experience and celebration of the heart and soul of Gypsy culture, which has persevered through tremendous challenges honoring the love of family, music and a joy of living each day — values also deeply revered and exemplified by the Hawaiian culture.

The play’s original script and score bridges the gap between children’s and adult theater.  It also presents a fascinating educational study of the little-known Roma (Gypsy) culture; a nomadic people who own no land and have no political leaders or written language. Their rich traditions have been passed on musically and orally through the Romany language.

Linguists have traced the Romany language to a version of Sanskrit spoken in northern India in the 11th century. It is not known why the Gypsies left India, but over the following centuries they spread throughout much of Asia, the Middle East, Europe and North America. They have mostly lived on the fringes of society and faced a great deal of oppression and persecution.

The Gypsies were enslaved in Romania in the 1300s and half their population — about 500,000 — died in Nazi death camps during World War II.  Today, they are Europe’s largest minority. 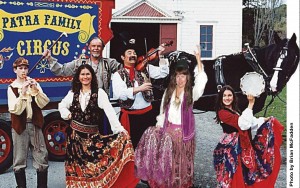 Nobody’s Boy premiered as a full-scale musical in 2002 in Santa Cruz, California. It was produced by the Evergreen Theater Company, a non-profit family theater company founded by Wynd and Amy Pine, the play’s composer and musical director.

The production’s four critically acclaimed, sold-out weekend performances were staged as a “theater in the round” in the city’s largest venue, The Santa Cruz Civic Auditorium. With a cast of 23 actors and five musicians, live Gypsy music and dance, circus performances and a Gypsy wagon pulled by a live draft horse, it was a hit.

A fifth performance was offered to the school district’s elementary and middle school children — ages 8 to 14 — for a special $5 admission fee.  In total, more than 6,000 people enjoyed performances of Nobody’s Boy.

Nobody’s Boy was Evergreen Theater Company’s second full-length production. Their first production was the critically acclaimed and popular musical My Best Friends: The Life and Stories of Beatrix Potter.

Wallace Baine, writer for the Santa Cruz Sentinel reported, “The company pulls off something of a master-stroke. The musical, based on the life of Potter, is an original, written by Aptos writer and director Nadya Wynd.  Wynd clearly sees Potter as an icon of an independently minded woman in an age and place where gender roles were rigidly observed. The audience will not only be enchanted by the portrayals of Potter’s stories in the play, but in her life story as well.”