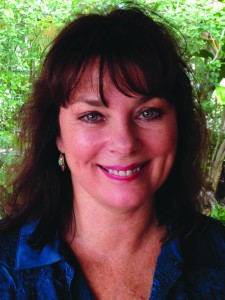 Wailua resident Nadya Wynd is a director, writer and producer with extensive experience in writing, acting, producing and directing for stage and film. Born in the Azores Islands, Nadya has lived all over the United States and traveled extensively around the world.

Storytelling through the arts is her passion, with a special focus on documenting social issues and ethnic and indigenous cultures around the world.

She began her career in counseling and social work in Austin, Texas. Later, she decided to shift career gears and began studies in film production in the Graduate Program at the University of Texas. At the same time she also studied acting and coordinated Plays for Living, a program of plays about social issues, produced by the Family Association of America.

Nadya is also the writer, producer and director of the short film, The Beautiful Illusion, a powerful, provocative, psychological drama about woman who transforms herself from a depressed, inhibited acting student into an award-winning Broadway actress with the help of her acting teacher and psychotherapy. It was an official selection of the New York and Los Angeles Independent Film Festivals and aired on PBS.

In the 1980s, Nadya moved to Los Angeles and worked as an actress and in various film crew positions. At this time, she wrote her first screenplay, an adaptation of the novel,The Physician, best-selling author, Noah Gordon’s epic, historical novel about the beginnings of modern medicine. The novel became a record-breaking best seller in Germany and Austria and best book of the year in Spain. Later, she became a co-producer on the project in Berlin, Germany.

She moved to Kauai in the early 1990s, experiencing Hurricane Iniki and crystallizing her dedication to creating and producing family-oriented film and theater projects. After moving to Santa Cruz, California, in 2000, Nadya formed the Evergreen Theatre Company, a nonprofit, family theater company dedicated to creating exceptional, original plays for the whole family. In 2001, Nadya wrote and produced the full-length production of the musical My Best Friends: The Life and Stories of Beatrix Potter.

In 2002, Evergreen produced the full-length, original musical Nobody’s Boy, which Nadya wrote, produced and directed. A story about the magical world of a Gypsy circus family traveling through France in 1889, Nobody’s Boy highlights the themes of losing family, finding family and finding one’s place in the world. Performed in the Santa Cruz Civic Auditorium to near sell-out audiences (over 5,000 people), Nobody’s Boy was a huge success.

Later that year, Nadya moved back to Kauai, where she delved into the world of indigenous Hawaiian culture, history, myth and magic and began developing Secret of the Crystal Skulls, a family adventure film trilogy. In 2009, she filmed a promotional trailer for the project, featuring local theater actors and set against the beautiful backdrop of Kauai’s Na Pali Coast.

In the last few years, Nadya has enjoyed working in local theater productions. In 2013, she played a leading role in Women in Theatre’s production of Wendy Wasserstein’s Sisters Rosensweig — and she directed Chumley’s Big Adventure for WIT’s Kauai Shorts 10-Minute Play Festival. The play received the “Best Comedy” and “Audience Favorite” awards. In 2015, Nadya directed Christopher Durang’s comedy Beyond Therapy for Women in Theatre as a very successful dinner theater production staged at the Hukilau Restaurant. The entire run sold out a week before opening. When another night was added, it sold out in 36 hours. The production received critical acclaim for its superior theater show and excellent dinner.

In addition to founding Tropicbird Entertainment, Nadya is currently developing Festival in the Sahara: A Celebration of Nomadic Culture, a feature documentary about the rich, ancient, ancestral culture of nomadic people in Africa, whose way of life is threatened with extinction due to climate change, environmental destruction and the pressures of globalization.